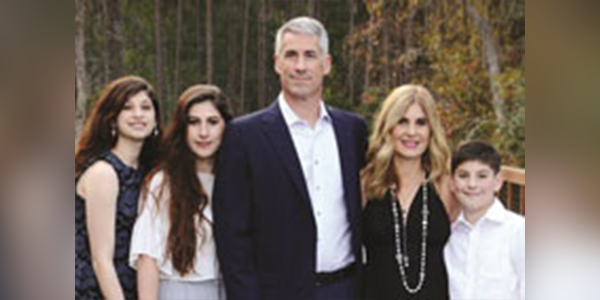 Wealth management expert John McLaughlin is making his estate-plan gift to the Catholic Foundation of the Diocese of St. Augustine from his IRA for one simple reason-it saves taxes for his loved ones.

"If my wife or kids inherited my IRA, that money would be taxed as income and they would not get the full benefit," explained McLaughlin, a senior vice president for Morgan Stanley and also vice chair of the Catholic Foundation board. "But if I give that money through the Catholic Foundation, the entire value of the gift goes to the endowment of my choice (the Our Lady Star of the Sea parish)."

John is also giving a portion of a life insurance policy to his parish. He chose that asset for its simplicity. "I don't need an attorney, and I don't need to create a will or revocable living trust. I simply contact my financial institution and request a change-of-beneficiary form," John said.

John joined the foundation board after serving on the board of Catholic Charities Jacksonville. He is in his second year as vice chair and is expected to be board chair next year. He has attended the Our Lady Star of the Sea parish since moving to Florida from South Carolina, where he grew up and earned a bachelor's degree in finance from the University of South Carolina. He and his wife Ana have been married for 21 years and have three children.

In designing the gift, John met several times with Planned Giving Officer Cliff Evans-whom he praised as a valuable resource. "He is a great first contact, and it is not a high-pressure thing," John says. "He helped me to clarify what I was trying to achieve, and I don't think I would have gotten all the way there without Cliff."